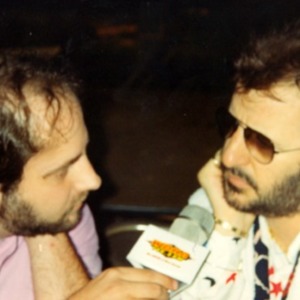 “Every Little Thing” (named after the Beatles song) is a one-hour Beatles program that was heard on XM Radio’s Fine Tuning channel (until the merger with Sirius.) Starting May 16, 2011, the show also returned as a live broadcast on WNHU, Wednesday nights at 8 pm (est.) Originally titled "The All Request Beatles Show" during its ten year run on New Jersey's rock station WDHA-FM (1983-1993), the program presented an entirely fresh look at the Beatles, not merely a nostalgic one, covering the four musicians’ complete catalog (group and solo) right up to their newest releases. Instead of drawing on seven years of their music, this show encompasses over 60 (now you know how Ken got the title!). Currently, the show is strictly heard as a syndicated show without a live broadcast, though that could always change--if so, you'd find out about it on this page!

Unique features include thematic sets that Ken has been doing since his days at WDHA-FM (everything from John’s political songs, recordings that feature Elton John, songs with Paul on drums, salutes to specific years or albums, BBC sets, etc.) Other special musical elements of the show include cover versions of Beatle/solo songs, side-projects, tribute songs, and music from family members. Original and archival interviews from many people in the Beatle world are also incorporated.

As bonus features, radio stations that carry the one-hour syndicated show will also receive a Beatles game or trivia question. Stations can arrange a promotion/contest/giveaway with this feature, or just run it for fun! Ken has over 20 different games that he invented (from his days at WDHA) making it more interesting to play along. Stations can run them within the body of the one-hour show, or at any time during the broadcasting week.