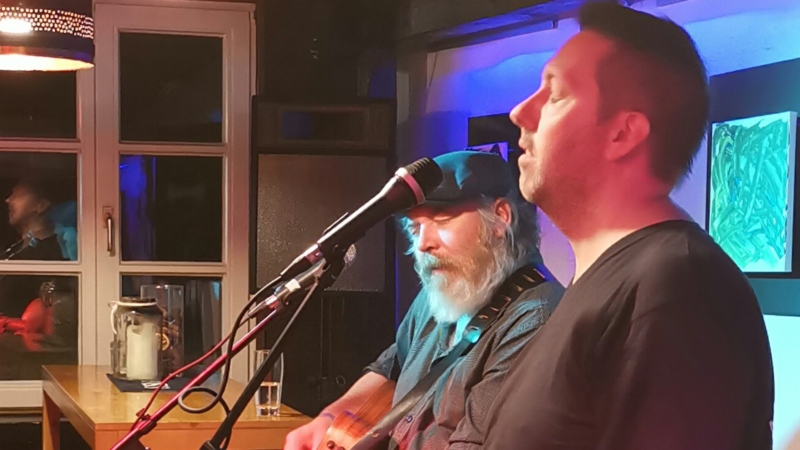 Andrew Gordon was born in 1976, in Fort William on the West Coast of Scotland. He has been performing for over 20 years and has played all over Scotland, as well as Europe and North America.

He plays a wide range of traditional songs, as well as some slightly more modern folk music, accompanied by guitar and bodhran. Andrew loves putting on a show and no matter if it is to 10 or 1000 he gives it his all while on stage.

Euan Johnston and Andrew Gordon have been friends from the Scottish music scene for 15 years. Finally getting together as a duo in early 2016, Euan and Andrew have worked on a set that shows their passion for Scottish and Irish Music. Never taking themselves to seriously, they switch from the serious to the surreal, from syphilis to seals. Their accompanying guitar and bodhran rhythms could be considered “robust” and when both bodhrans are out…