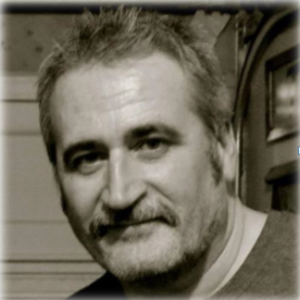 My name is Jazz Matthews, host of the (Canadian Indie Country) New Music Show. The show came about after I hadguest hosted the Canadian Indie Country Countdown several times. I had previously done radio filling in for the late Candy Stevens on Smokin' FM in Modesto, California, while she was away.
I am part owner and the face of DRC Music, a small agency and management company based in Stony Plain, Alberta and La Penita, Mexico, equally 6 months of the year.
On the management side, we have award winning country artist Steve Newsome as the one that really got us going. Recently we have added 18yo Cruz Vallis to our full-service group. With both artists, we produce and distribute their music. On the agency side, in addition to Steve and Cruz, we have Krissy Feniak, Justin Hogg, Hometown Stereo, The Rural Routes, Justin Sutton, Jaydee Bixby, Jeff Catto and folk/roots artist Of Candor.
We are also entering into our eighth season of Summer Sessions. This is an eight­ week concert series, produced in partnership with the Town of Stony Plain.
Summer Sessions is a multi genre series that hasgrown from an average of 60 in attendance to over 350, with our largest shows having been Adam Gregory, the Prairie States and Leaving Thomas who were all in the 550 to 600 range.
We had a series of house concerts that we did over a few years until we started splitting our time here and in Mexico. We did a total of 24 with everyone from Brett Kissel to Charlie Major to Gary Fjellgaard. They were extremely successful, and the tickets were very much sought after, with most shows selling out within minutes of announcement.
We got started in 2007 and thank or blame depending on how you look at it, Jim Cressman, Johnny Reid and Clayton Bellamy, for where we are today. Those are longer stories and oneday I may write a book, but in the meantime, I will just enjoy the ride, I hope you do too.
Jazz
Sunday
20:00 - 21:00
(101) Canadian Indy Country
Wednesday
08:00 - 09:00
(101) Canadian Indy Country
18:00 - 19:00
(101) Canadian Indy Country
Thursday
09:00 - 10:00
(101) Canadian Indy Country