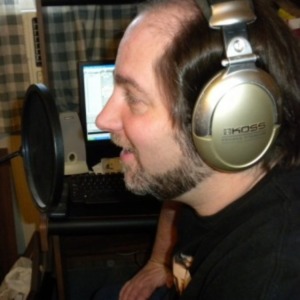 Beatles expert and DJ, Ken Michaels, will be celebrating 40 years of Beatles broadcasting on Monday, March 22, 2022.Michaels' radio career began in the communications program at the New York Institute of Technology. In March 1982, “The All-Request Beatles Show” was launched as a one-hour show. In developing his show, Ken mixed the classic group recordings of the Fab Four with their respective solo music, gave exposure to the newest solo releases, invented many unique games and forms of trivia, created the most unique thematic sets (songs with Paul McCartney on drums, John’s political songs, Beatles with Eric Clapton, etc.),and persuaded a local record store to give him prizes every week.
“The All-Request Beatles Show” was then picked up by New Jersey rock station WDHA-FM, and ran on Sunday mornings for ten consecutive years (1983-1993). Ken added original interviews with people from the Beatles’ world,such as Ringo Starr, Carl Perkins, Yoko Ono, author Mark Lewisohn, May Pang, Billy J. Kramer, Wings drummer Steve Holley, and Pete Best.
Ken also worked behind the scenes for more than 20 years as a producer for the ABC Radio Networks/Radio Today, and his contributions could be heard on, among other shows, “Flashback,” “Screen Test,” and “Today in Rock History,” while programming the adult-contemporary show “Special of the Week.” In 1998, Ken produced the only syndicated radio special in the U.S. for the “John Lennon Anthology” box set.
In 2003, Michaels’ talents were enlisted by two channels on XM Radio. His Beatles show, “Every Little Thing,” was heard on the all-eclectic music channel Fine Tuning, and he also hosted the short features “Beatle News” and “Beatle Breaks,” heard throughout the week on XM’s 60’s channel. In 2010, Ken hosted a radio special to celebrate the CD remaster for Paul McCartney & Wings' "Band on The Run," that aired on 260 stations. This led to launching the nationally syndicated show "Every Little Thing," now heard on over 50 radio stations,including the American Forces Radio Network, where it is heard by our troops overseas in Europe, Asia, Japan, and South Korea.
Since 2009, Ken has createdseveral podcasts all centered around the Beatles: Fab Fourum, which he anchored for two years, Things We Said Today, and Talk More Talk. In each podcast, Ken brought together an assortment of Beatle experts to discuss major topics of interest to Beatle fans. Things We Said Today and Talk More Talk can be viewed on all popular platforms, such as YouTube and iTunes. And finally, “Ken Michaels Radio,” Ken’s own YouTube channel, created in 2020, centers mainly around interviews with musicians and authors, mostly from the Beatle world.

After 40 years on the radio, Ken recently surpassed 2000 shows that he has hosted and/or produced. He also has a website entitled KenMichaelsRadio.com, which is exploding with full-length interviews with Beatle celebrities, pictures, trivia contests, and lots of other important information around the Beatles. For interviews, here are his contact details:
Phone: 203-506-3692
Email: kenmichaelsmedia@frontier.com
Website: kenmichaelsradio.com
YouTube Channel: Ken Michaels Radio